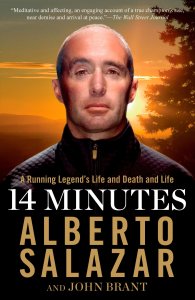 14 Minutes: A Running Legend’s Life and Death and Life by Alberto Salazar and John Brant, 5/5

Salazar’s life-story is every bit the page-turner that the book’s title suggests. It was fascinating to get a glimpse into the obsession that drives world-class athletes, but I was even more interested in how Salazar dealt with injury, set-backs, losses and depression to establish a thriving post-competitive career in a non-lucrative sport.

Why I read it: My friend, Peggy, passed it on to me. 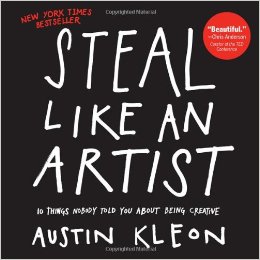 Steal Like An Artist: 10 Things Nobody Told You About Being Creative by Austin Kleon, 5/5

The 10 points about creativity that form the backbone of this little book are deceptively simple (even unimpressive) at first glance.  Happily, my first impression was wrong–the author uses this list merely as a starting point for an encouraging and inspiring discussion about artistic creativity.  Reading this book first normalised, then challenged, many of the negative feelings that have caused me in the past to describe myself as an uncreative person.

Why I read it: Imgur user morganic mentioned this book in a comment on a photography post. 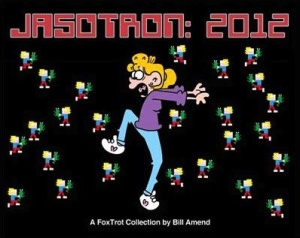 Usually I’m not a big fan of humor that relies on pop cultural references, but Amend is legitimately funny at times and obviously a huge nerd, which is all I require in a cartoonist.

Why I read it: my brother got it out of the library and it ended up in my gym bag, fulfilling the important role of “backup book” (in case of unforeseen boredom).  I ended up reading half of it while waiting at a Jack in the Box drive-thru for some idiot to collect their $60 order. 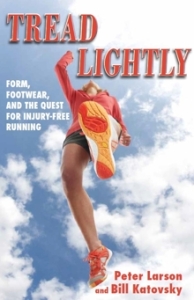 Tread Lightly: Form, Footwear, and the Quest for Injury-Free Running by Peter Larson and Bill Katovsky, 2/5

The authors are passionate about their topic but I feel this book contributes little to a discussion that is already very much lacking in scientific research and consensus among experts (or at least was in 2012, when it was written).  In an approach reminiscent of the average college essayist, Larson and Katovsky cite a steady stream of inconclusive scientific studies and often-contradictory information that they do not have the expertise to interpret.  Slap on some weak conclusions and the reader is left with a few interesting facts and no real guidance on how to apply them.

Why I read it: My dad mentioned it in conversation. 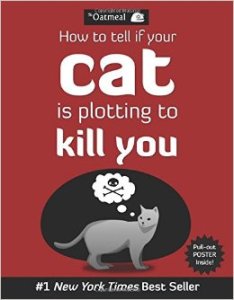 How to Tell if Your Cat is Plotting to Kill You by Matthew Inman (aka The Oatmeal), 4/5

A laugh-out-loud-funny collection of cat-themed comics from The Oatmeal.

[Why I read it: Reading Inman’s The Terrible and Wonderful Reasons Why I Run Long Distances reminded me that he has other hilarious books out there that I hadn’t read yet.]

Rich Dad’s Guide to Investing: What the Rich Invest In, That the Poor and Middle Class Do Not! by Robert T. Kiyosaki, 2/5

Given this book’s large size, I hoped to find a lot of helpful, practical information in it that would help me learn the basic concepts and vocabulary of investing and perhaps give some direction on how to best invest any “excess” cash I might accumulate.  Disappointingly, Kiyosaki’s anecdotal style, focus on generalities, and avoidance of technical terminology rendered the book almost completely unhelpful.  There are a couple interesting concepts, such as creating valuable businesses yourself instead of simply investing in other people’s businesses and using your business to purchase assets so that you can stay poor on paper and avoid paying tax.  Unfortunately, much of the information seemed pretty sketchy and the author provides very few examples of his ideas in action.  Overall, this book felt like a waste of time and casts a rather charlatan shade over Kiyosaki’s whole financial self-help enterprise.

[Why I read it: I’ve read several of Kiyosaki’s books and this one looked interesting.] 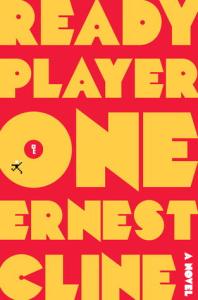 Ready Player One: A Novel by Ernest Cline, 3/5

A dystopian setting in Planet Earth’s near future provides an interesting contrast to the steady stream of 1980s trivia in this homage to geek culture. It is, perhaps, unreasonable to complain about the preponderance of cliches and stereotypes in this novel, since Cline uses them effectively to create an exciting, page-turner story. However, the complete lack of character development, increasingly contrived plot, clumsy foreshadowing, excruciatingly poorly-written “love” angle, and lightweight ending complete with deus ex machina ultimately kind of killed it for me.

[Why I read it: I waited so long for this book to come in at the library that I’ve completely forgotten how I heard about it.  Perhaps a friend told me about it?] 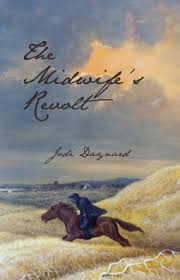 The Midwife’s Revolt by Jodi Daynard, 3/5

This fun and competently-written story about the adventures of Abigail Adam’s midwife during the American Revolution was a bit too much of a page-turner to fit my customary pre-bedtime reading schedule, leaving me somewhat sleep-deprived over the last couple days.  The book is impressively long and Daynard doesn’t succumb to the first-time novelist’s temptation to rush the ending.  I thought she also did a good job of incorporating period-specific vocabulary in a natural way.  Ultimately, though, the plot felt lacking to me, the characters puppetish and I found the ending unsatisfying in its predictability and mushy romanticism.  Suspension of disbelief was difficult for me to attain and I often found myself wondering just how accurate the author’s perception of the era really was.

Since my friend Alison, who is an enthusiastic connoisseur of historical fiction, assures me that the book is well-written and convincing, the foregoing complaints no doubt stem from my deep mistrust of the historical fiction genre in general (which is surely not Jodi Daynard’s fault).  I know that all history is subjective (filtered as it is through human perception) but some sources are more subjective than others, with historical fiction being the most untrustworthy and potentially misleading of all, in my opinion.  I don’t mind so much when iconic time periods are used as settings or major historic events are incorporated into plots, but it grates on me no end when famous people from the past, people who were once as fully alive, independent and individual as you and I, are co-opted for major roles in other people’s made-up stories.  What right does an author have to put words into these once-alive mouths?  To invent experiences and reactions, emotions and opinions, for people who can no longer defend or explain themselves?  Most historical fiction seems written by people who are either expert writers OR expert historians, but how rarely is a synthesis of these two qualities achieved.

[Why I read it: it was my friend’s end-of-summer book recommendation.  Our library didn’t have a copy, but I put in a request and they bought it!  This is the second time in as many months.  I’m definitely feeling spoiled.]