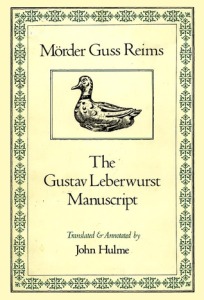 You can give it a try if you’re in private (or not easily embarrassed):

Little Bo-peep has lost her sheep,
And doesn’t know where to find them;
Leave them alone, and they will come home,
Bringing their tails behind them.

Compared to the French version of this concept, I found the rhymes much easier to recognize in German.  I also liked that this edition had all the English verses in the back, so I didn’t have to resort to Google for translations nearly as often.

Why I read it: while researching Mots d’Heures, I learned about this book and bought a copy immediately.  I sing in German a lot (in fact, this weekend I’m performing in Bach’s St. John Passion), so this is great practice and fun.