The Call: Finding and Fulfilling the Central Purpose of Your Life by Os Guinness, 2/5 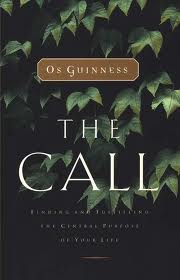 This book is the final nail in Os Guinness’ coffin, as far as I am concerned; I have now read three books by him, two of which I found extremely unimpressive, and I will avoid his work in the future.  I found this book to be pointless and an almost complete waste of time.  It offered no substance, practical information or advice.  My main complaint against Guinness is his lack of originality – the one thing he is best at is quoting other people and telling their stories.  Whenever he quoted C.S. Lewis or G.K. Chesterton (which was frequently), I found myself wishing I was reading a book by them instead.